TAFE Teacher Winter 2022: Fragmentation and Photo-Ops The Failures of VET Marketisation and Rebuilding with TAFE

This article was originally published in the Winter 2022 edition of The Australian TAFE Teacher. 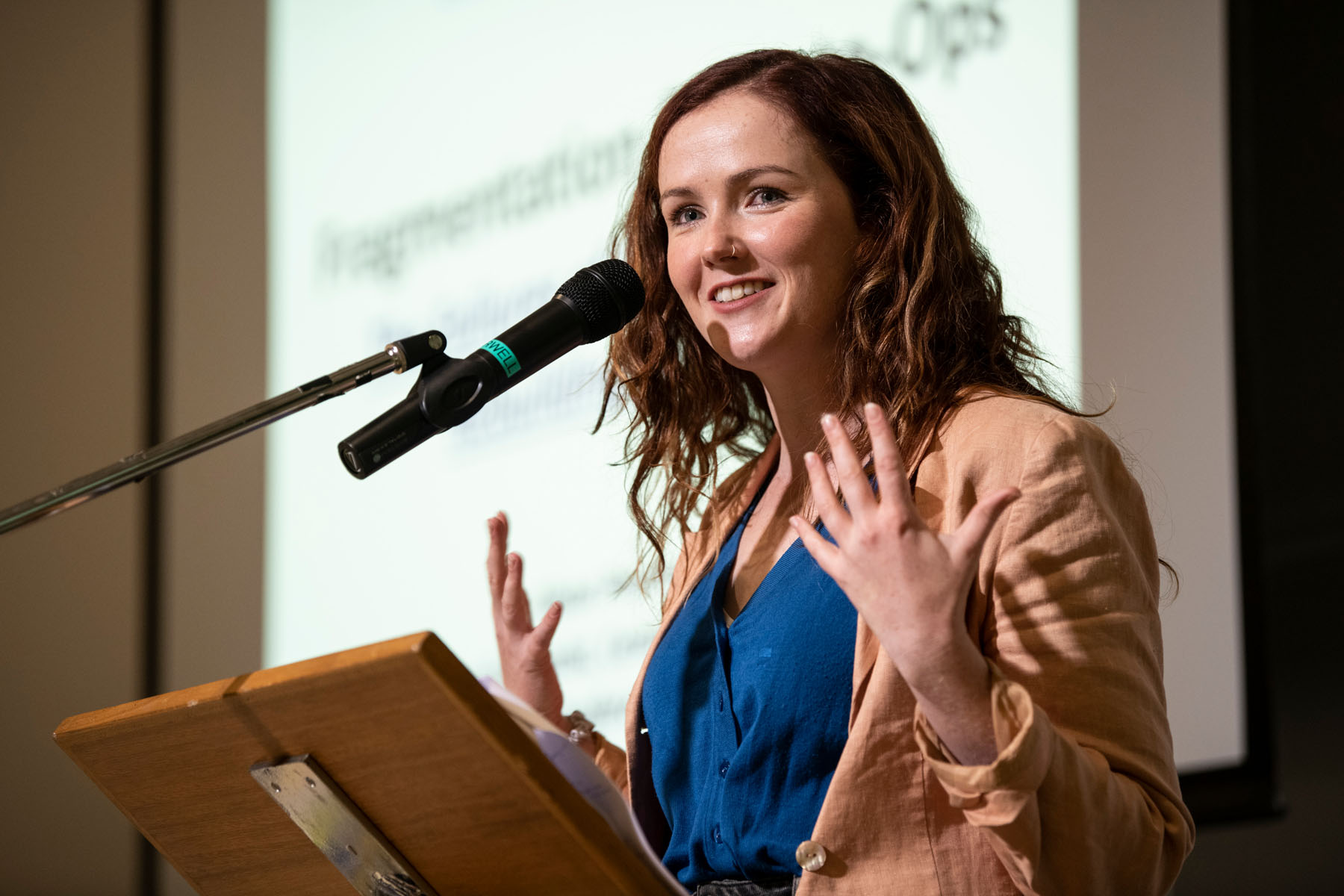 Strong vocational education and training (VET) systems are vital to the education and empowerment of workers, and the success of inclusive and innovative economies. Australia’s TAFE system once provided well-established and dependable education-to-jobs pathways, but decades of policy vandalism reducing funding to Australia’s TAFE system and diverting growing volumes of public spending to private for-profit providers has plunged the VET system into a lasting and multidimensional crisis. Several high-profile skills announcements at a cost of several billion dollars were made by the Federal Government during the COVID pandemic – with JobTrainer and Boosting Apprenticeships wage subsidies the largest programs implemented. Despite the high-vis photo-ops promising a skills bonanza, the programs have failed to repair the severely weakened system for vocational education and training.

The Centre for Future Work’s report ‘Fragmentation & Photo-Ops’ released in March this year presents comprehensive evidence of the continued erosion of the vocational education system in the COVID era, and why rebuilding comprehensive, job-qualifying training through TAFE institutes is critical to a genuine, broad-based economic recovery from COVID. The statistics paint a grim picture of a VET system starved of consistent funding or focus, fragmenting into scattered offerings of non-accredited and micro-credential courses, mostly provided by private for-profit training companies. It shows the “contestable funding” project unleashed in the 2000s has deepened during the pandemic. VET’s effective privatisation has continued, with private VET providers receiving a growing share of all VET activity, and cheaper short-form, piecemeal training experiencing stronger growth than job-qualifying accredited training. Meanwhile, more TAFE institutes have been closed and enrolments have continued to decline.

The government’s signature $3.9 billion Boosting Apprenticeships Commencements program introduced in October 2020 has focused on lifting the number of workers contractually defined as “apprentices”, but done little to guarantee genuine skills training is undertaken or completed. After almost a decade of collapsing in-training apprentice and trainee numbers, there was a moderate increase of around 74,000 over 2020-21, spurred by rich subsidies (up to $28,000 per apprentice per year) for employers taking on new apprentices and trainees. But empirical evidence shows rising apprenticeships “on the books” are not being matched by any rise in completions. The number of completions collapsed to a new low in the year ending June 2021, with just 77,000 apprenticeship and traineeship completions – down almost two-thirds (64 per cent) since 2013. Along with poor employment conditions on the job, major reasons why apprenticeship completions have not improved under Boosting Apprenticeships include the strong incentives on employers to recycle heavily subsidised short-term apprentices, no requirements on employers to ensure apprentices finish programs after the 12-month subsidy period, lack of jobs on offer after completion, and lower 5-10 per cent subsidy rates under the government’s companion program Completing Apprenticeships. This apprentice “churn” wastes precious public investments and failed to halt the crisis in skills.

There is no evidence the skills pipeline has been either “protected” or replenished under current government VET policies. Australia has one-third (173,000) fewer apprentices and trainees in training than it had in 2012. Short-form, piecemeal units of study have expanded, while accredited quality training has collapsed by over 500,000 enrolments since 2015. Shockingly, all VET enrolment growth over the last five years has been in non-accredited programs, which have grown by almost 70,000 enrolments since 2015. The weakening of the formal accreditation process to meet industry standards has created big opportunities for private sector organisations to expand their influence in VET. The consequences of eroding legitimacy in formal accreditation are profound for workers, businesses and government alike. Risks emerge from reduced skills policy planning capacity and declining employer trust in VET qualifications. Meanwhile, workers risk financial penalties associated with course fees and time out of the workforce to train, only for their qualification to be unrecognised by other employers. This reduces worker bargaining power within that firm, and across the wider workforce too.

The report finds the number of apprenticeships and traineeships undertaken within the government’s own priority areas have contracted. In 2021 there were over 9,000 fewer human welfare services apprentices and trainees (covering training for the aged and disability care sectors) than at 2013 – a decline of 42 per cent.

Long-term contraction in feminised sector apprenticeships continued during 2021 (even under Boosting Apprenticeships), with men accounting for around three in five of all new apprentices in training in the year to June 2021. Once again, women’s jobs and the demands of feminised high-pressure industries have been deprioritised in favour of the optics of high-vis male tradies.

The game was rigged against TAFE

Australia’s vocational education system underwent dramatic restructuring after 2012, with funding cuts to the TAFE institutes, expanded scope for private training providers, and delivery of large public subsidies through individual students. The subsequent collapse of many private providers, combined with declining capacity in the TAFE system, and scandals involving the misallocation of public subsidies, have deeply damaged once-reliable vocational pathways. A recent index comparing education systems and labour market outcomes across 80 countries indicated that Australia’s VET system, once the envy of the world, had fallen to 20th. For mid-level skills capability, the ranking was even lower, falling to 38th.

The new funding regime built on public providers competing with private RTOs for funds was always rigged against the TAFE system. After decades of delivering a full infrastructure of public vocational education, the TAFE system had ongoing fixed and operating costs that private providers simply did not incur, making them “uncompetitive” in tendering. Higher costs borne by the TAFE system include the delivery of low-demand and high-cost courses critical to workforce needs, providing education and training to outer-regional and remote regions, infrastructure, capital projects, and the maintenance of industry and schools partnerships. TAFE institutes were stranded, operating with increasingly insecure funding as the proportion of contestable funds grew year to year, and public resources flowed to private VET provision – often to fly-by-night operations established with little capital or infrastructure. This forced the cash-strapped TAFE system to pare back offerings.

The result of this effective privatisation of VET is that by 2020, less than half (49 per cent) of all government-funded VET students were attending TAFE institutes, while 33 per cent attended private RTOs. The remaining government-funded students attended universities and schools (12 per cent) and community and enterprise education providers (6 per cent). TAFE staffing and funding have also eroded further. Over 8,800 full-time equivalent TAFE positions have been cut since 2012 across five states and territories. This represents a significant loss in Australia’s stock of trained educators. The necessary growth and repair of the TAFE system will be seriously hindered by this period of short-sighted, self-defeating policy making.

The continued collapse in TAFE enrolments and eight years of declining apprenticeship completions make it very clear: Australia’s domestic skills pipeline is in disarray. A broken skills system joins a growing list of worsening jobs, skills, wages and economic indicators that have accumulated in recent years. Since 2013, wages have grown at their slowest pace in the entire post-war era. The proportion of workers whose pay and conditions are determined by current collective agreements has dramatically declined, halving in the private sector from 22 per cent in 2013 to only 11 per cent in 2021. Business capital investment has also collapsed since 2012, falling to just 10.5 per cent of GDP by 2021 (a post-war low), despite billions allocated by government in tax breaks and other measures to stimulate a “business-led recovery”. Business investment in intellectual property also languishes at its lowest share of GDP this century, one-quarter below decade-earlier levels. In short, the deep failures of VET policy are just one major part of a broader failure of economic policy in Australia to motivate and encourage far-sighted investments of any kind in the economy: whether physical capital, innovation or skills.

Fortifying the house that TAFE built

Australia desperately needs a more proactive, hands-on approach to workforce training and planning. Despite chronic underfunding, our research shows the TAFE system continues to make a strong and disproportionate economic and social contribution to the Australian economy – underpinning over $92 billion in economic benefits accruing to workers, businesses and governments every year. But TAFE is so much more than an economic powerhouse. It provides wide social benefits including greater participation and cohesion through the delivery of critical skills and education to low socio-economic, regional and indigenous communities, and providing “bridges” between school into post-school training for people whose needs aren’t met by the current education system. TAFE graduates are also more likely to identify themselves as leaders in the community upon completing their studies compared with graduates of private providers. Without renewed investment in TAFE, the significant annual economic and social benefits generated by the stock of TAFE-trained skilled workers in the workforce will decay.

All this confirms the TAFE system is critically important to rebuilding a broad-based, shared economic recovery, and addressing growing systemic inequality in Australian society. Revitalising the TAFE system to its full potential, as the central element of a broader strategy to rebuild a more coherent and effective VET system, is a vital prerequisite for Australia’s full post-COVID recovery. A new approach to training would support comprehensive, quality, accredited qualifications, rather than short-term fragments of training, with revitalised TAFE institutes leading the nation’s skills reconstruction process. The report proposes that a minimum 70 per cent of public VET funding be reallocated through the TAFE system, rather than be funneled – directly or indirectly – to private providers.